The Diabetes Control and Complication Trial (DCCT) demonstrated an approximately 50 percent reduction in eye, nerve, and kidney complications with intensive treatment for hyperglycaemia and greatly increased interest in reducing blood glucose concentrations to normal in patients with diabetes . However, no certain and consistently reliable means of achieving this goal are currently available. This topic will briefly review the history, techniques, and clinical results of pancreas and pancreatic islet transplantation in hyperglycaemic patients with long-standing type 1 diabetes mellitus, with a focus upon transplantation of pancreatic tissue alone. Combined pancreas-kidney transplantation is discussed separately. 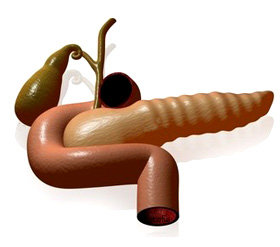 Pancreas transplantation was first used for the treatment of diabetes in humans in 1966. The rates of graft and patient survival were low; as a result, very few procedures were performed in the early to mid-1970s.
The subsequent introduction of better immunosuppressive regimens (particularly cyclosporine and anti-T-cell antibodies), new surgical techniques, and the selection of healthier recipients resulted in markedly improved outcomes. As a result, the number of pancreatic transplantations has steadily increased each year. In 2006, approximately 1400 procedures were recorded, 14 percent of which involved the pancreas alone (without a kidney transplanted before or at the same time as the pancreas).

The mortality, morbidity, and results of transplantation vary with operative experience and patient selection. The following overall outcomes are based upon 2006 data:.

Most pancreatic transplants are performed in diabetic patients with renal failure. In these patients, the objectives are to restore glucose-regulated endogenous insulin secretion, arrest the progression of the complications of diabetes, protect the transplanted kidney from hyperglycaemia, and improve quality of life.

The ADA criteria for pancreas transplantation alone are : 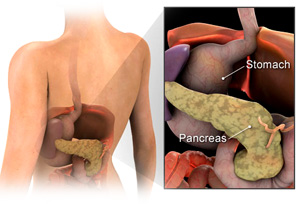 Once these indications are met, the pre-transplant screening for cardiovascular disease is the same as for combined kidney-pancreas transplantation.

The technique used for pancreas transplantation is the same whether or not a kidney is transplanted into the pelvic area at the same time. In the most common procedure, a whole pancreas, still attached to a small portion of the duodenum containing the ampulla of Vater, is taken from a cadaveric donor. The pancreas is placed laterally in the pelvis, with arterial anastomosis to a branch of the iliac artery and venous anastomosis to a branch of the iliac vein, which results in secreted insulin appearing first in the systemic, rather than the hepatic portal, circulation. A modification to this approach includes portal rather than systemic drainage of the endocrine pancreas. The duodenal segment is connected to the urinary bladder or to a loop of bowel, which receives the pancreatic exocrine secretion. Bladder drainage has the advantage of providing a means to monitor urine amylase concentration to help detect allograft rejection. The native pancreas is left intact. Although most patients receive a pancreas from a cadaver donor, occasional patients receive a segment of pancreas donated by a living-related donor who is willing to undergo a hemipancreatectomy.

Despite a diversity of protocols, most recipients of pancreatic transplants receive monoclonal or polyclonal anti-T-cell antibodies at the time of surgery and chronic immunosuppression therapy consisting of a calcineurin inhibitor (cyclosporine or tacrolimus) and an antimetabolite (mycophenolate mofetil or azathioprine). With the availability of new immunosuppressive drugs, some centers are currently performing pancreas transplants without antibody treatment, and avoidance of glucocorticoids is increasingly common. Details concerning immunosuppressive regimens are discussed elsewhere.

The causes of pancreas transplant loss vary with the time after transplantation. Early graft loss, defined as loss occurring within hours or days after surgery, usually results from thrombosis, leaks, bleeding, infection, and pancreatitis (collectively referred to as technical failures). In one report of 211 patients undergoing pancreas transplant, technical graft failure occurred in 23 (11 percent), most commonly due to thrombosis. Risk factors for technical failure included donor and recipient obesity, and increased preservation time of the donor organ. Later graft loss is more common and is most often caused by immunologic rejection.

Detection of pancreas rejection is made easier when a kidney has also been transplanted. An important clinical observation in kidney-pancreas transplantation recipients is that rejection of the pancreas graft is uncommon in the absence of concurrent kidney graft rejection (?15 percent), and it tends to lag in severity behind the kidney. As a result, measurements of serum creatinine are used to monitor for possible acute rejection of both grafts in patients with a functioning renal allograft. A relatively small increment in the serum creatinine is typically the first clinical sign of renal allograft rejection, although nonimmunologic causes must be excluded. As mentioned above, detection of rejection is more difficult with a pancreas transplant alone. In the patient with bladder drainage, the indexes of rejection are:

All of these markers are less sensitive than an increase in serum creatinine when there is a concurrent renal allograft. In particular, a rise in fasting blood glucose concentrations is a relatively late indicator of allograft destruction, and increasing serum enzymes, such as amylase, are non-specific indicators of rejection.
Although pancreas dysfunction due to autoimmune attack (eg, recurrence of pancreatic inflammation due to autoimmune diabetes) may occur, this is probably a rare cause of allograft failure. Current immunosuppressive regimens can at least partially suppress primary autoimmune diabetes .
When rejection is suspected, a cystoscopic guided transduodenal pancreatic biopsy is the procedure of choice . 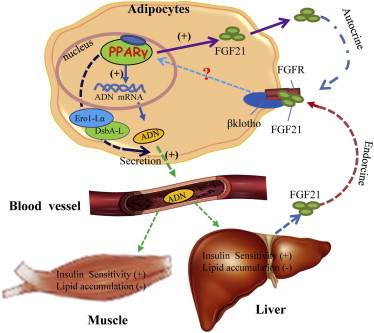 Patients with well-functioning grafts have normal insulin responses to oral and intravenous glucose stimulation as well as to intravenous arginine and intravenous secretin. However, basal and stimulated peripheral insulin concentrations are two to three times higher than normal. This hyperinsulinemia is due mostly to the systemic (rather than portal) venous drainage of the allograft. Thus, the hepatic first-pass uptake and metabolism of insulin secreted into the portal vein are bypassed; in normal subjects, 50 to 90 percent of the insulin in portal venous blood undergoes first-pass hepatic degradation.

It is unlikely that posttransplantation hyperinsulinemia has adverse effects on cardiovascular risk. The increase in insulin does not have unfavourable effects on serum lipids; serum triglyceride and low-density lipoprotein cholesterol concentrations tend to fall and serum high-density lipoprotein cholesterol concentrations tend to rise in recipients of pancreatic transplants.

Both cross-sectional and prospective studies have shown that the post transplant improvement in glucose metabolism, A1C values, acute insulin responses to intravenous glucose, and counter regulatory responses of serum glucagon and glucose to insulin-induced hypoglycaemia is maintained for many years. Persistent improvement for 15 years is common in some centres.