Miscarriage is when an embryo or fetus dies before the 20th week of pregnancy. Miscarriage usually happens early in your pregnancy — 8 out of 10 miscarriages happen in the first 3 months. Lots of people experience this kind of pregnancy loss. In fact, 10-20% of pregnancies end in miscarriage. But even though miscarriage is common, it can be emotionally difficult. Feelings of grief and loss are normal after losing a pregnancy. The medical term for miscarriage is “spontaneous abortion.” 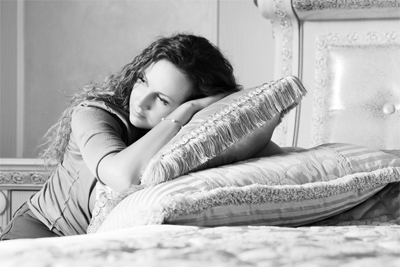 What are the causes of miscarriages?

It can be difficult to know exactly why a miscarriage happened, but it’s almost never caused by something the pregnant person did. Normal activities like sex, exercise, working, and taking most medicines do NOT cause a miscarriage. Minor injuries, like falling, don’t generally cause a miscarriage either.

Some things that are known to cause miscarriages include:

1) When the fertilized egg has an abnormal number of chromosomes (genes). This happens at random, so you can’t prevent it or cause it to happen.

2) Certain illnesses, like severe diabetes, can increase your chances of having a miscarriage.

3) A very serious infection or a major injury may cause miscarriage.

4) Late miscarriages — after 3 months — may be caused by abnormalities in the uterus.

5) If you’ve had more than 2 miscarriages in a row, you’re more likely to have a miscarriage.


What are the signs of Miscarriage?

Sometimes, there are no miscarriage symptoms and you don’t find out until an ultrasound, or you don’t feel pregnant anymore. Usually there are signs and symptoms. They include:

Other things that are less serious than miscarriage can also cause these symptoms. But if you think you might be having a miscarriage, see your doctor right away just to be safe.

What happens during a Miscarriage?

Miscarriages are different for every person, but there are some common symptoms.

Not all miscarriages are physically painful, but most people have cramping. The cramps are really strong for some people, and light for others (like a period or less). It’s also common to have vaginal bleeding and to pass large blood clots up to the size of a lemon. Heavy miscarriage bleeding can be scary or surprising, but it’s usually normal.

The bleeding and cramping can end quickly, or it may last for several hours. Your doctor can give you medicine and tips on how to manage pain and cramps during your miscarriage.

No matter how fast it happens or whether or not it hurts, miscarriage can be upsetting. Keep in touch with your doctor about what’s going on and how you’re feeling. Your doctor can let you know what is and isn’t normal, and give you resources for emotional support if you need it.