Endoscopic skull base surgery has undergone rapid advancement in the past decade moving from pituitary surgery to suprasellar lesions and now to a myriad of lesions extending from the cribriform plate to C2 and laterally out to the infratemporal fossa and petrous apex. Evolution of several technological advances as well as advances in understanding of endoscopic anatomy and the development of surgical techniques both in resection and reconstruction have fostered this capability. Management of benign disease via endoscopic methods is largely accepted now but more data is needed before the controversy on the role of endoscopic management of malignant disease is decided. Continued advances in surgical technique, navigation systems, endoscopic imaging technology, and robotics assure continued brisk evolution in this expanding field. 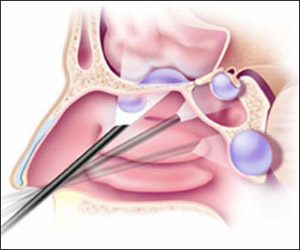 Skull base surgery may be done to remove both benign and cancerous growths, and abnormalities on the underside of the brain, the skull base, or the top few vertebrae of the spinal column. Because this is such a difficult area to see and reach, skull base surgery may be done by a minimally invasive endoscopic procedure in which instruments are inserted through the natural openings in the skull—the nose or mouth—or by making a small hole just above the eyebrow. This type of surgery requires a team of specialists that may include ENT (ear, nose, and throat) surgeons, neurosurgeons, and radiologists.

Before endoscopic skull base surgery was developed, the only way to remove growths in this area of the body was by making an opening in the skull. Under some circumstances, this type of surgery may be necessary.

Facts about skull base surgery

These are some of the growths and conditions that may be treated by skull base surgery:

• Cysts that develop from birth.
• Growths caused by infections.
• Pituitary tumors. The pituitary gland sits behind the nose and eyes.
• Meningiomas. These tumors are often benign and grow from the meninges, the tissue that covers the brain and lies between the brain and skull.
• Chordomas. This is a slow-growing bone tumor most often found at the base of the skull.
• Trigeminal neuralgia, an intense pain on one side of the face.
• Craniopharyngiomas, growths that occur near the pituitary gland.
• Craniosynostosis, a condition in which the bones of the skull of an infant close too early, causing problems with brain growth and the shape of the skull.
• Cerebrospinal fluid fistulas.
• Cerebral aneurysm, a weak, often bulging area in a blood vessel in the brain.
• Arteriovenous malformations. These are arteries and veins that are abnormally connected to one another.

Types of skull base surgery

Skull base surgery can be done in two main ways. Although the preferred method is endoscopic, open surgery is also an option, depending on the type of growth that needs to be removed and its location: 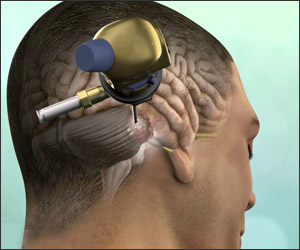 A) Endoscopic or Minimally-Invasive Skull Base Surgery
This type of surgery usually does not require a large incision. An ENT surgeon may make a small opening inside the nose to allow a neurosurgeon to remove a growth through a thin lighted tube called an endoscope. An MRI is a type of picture taken of the skull base using magnets and a computer and may be done by a radiology specialist while the surgical specialists are operating to help them make sure all of the growth has been removed.

B) Traditional or Open Skull Base Surgery
This type of surgery may require incisions in the facial area and in the skull. Parts of bone may need to be removed so that the growth can be reached and removed. An operating room microscope is often used for this type of surgery. 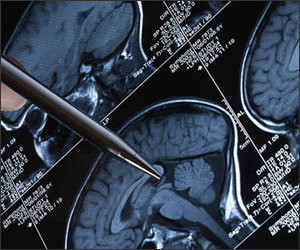