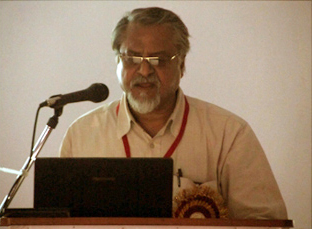 He was the HOD, Dermatology, of North Bengal Medical College and Calcutta National Medical College. He was the Professor & Head Department of Dermatology, Institute of Post Graduate Medical Education & Research and SSKM Hospital, Kolkata. He was the Chairman, Post Graduate Academic Council of IPGME&R - since 4th May 2004 till retirement. He was the Chairman / Coordinator of 9 workshops organized in IPGMER and SSKM Hospital. With his initiative he has introduced 5 MD (dermatology) seats in IPGMER, Kolkata.

- He was the Member of Scientific Committees South Asian Regional Conference of Dermatology - 1999 and National Conference of IADVL -1999
- He was a Member, panel of expert for dermatology for Drug Controller General (1), DDHS, New Delhi, since 1999.
- Also the subject expert & consultant for UGC country wide class room television program by (EMRC), Kolkata, since 2000.
- He was Chairman Scientific Committee of (ASTICON-2005).

Since 2006, regularly conducting the “Eastern India Workshop of Dermatosurgery and Cosmetic Dermatology” at IPGMER and SSKM Hospital to train dermatologists of the eastern states of our country.

Prof. R.N.Dutta was the coordinator, course committee - Calcutta University for dermatology 2002-2003, was then member of the expert committee-in medicine and allied subjects, Calcutta University, later, the Convener, board of studies of West Bengal University of Health Sciences, till 2009. He was a Member of Ethics Committee of IPGMER and SSKM Hospital since 2011 till 2019. 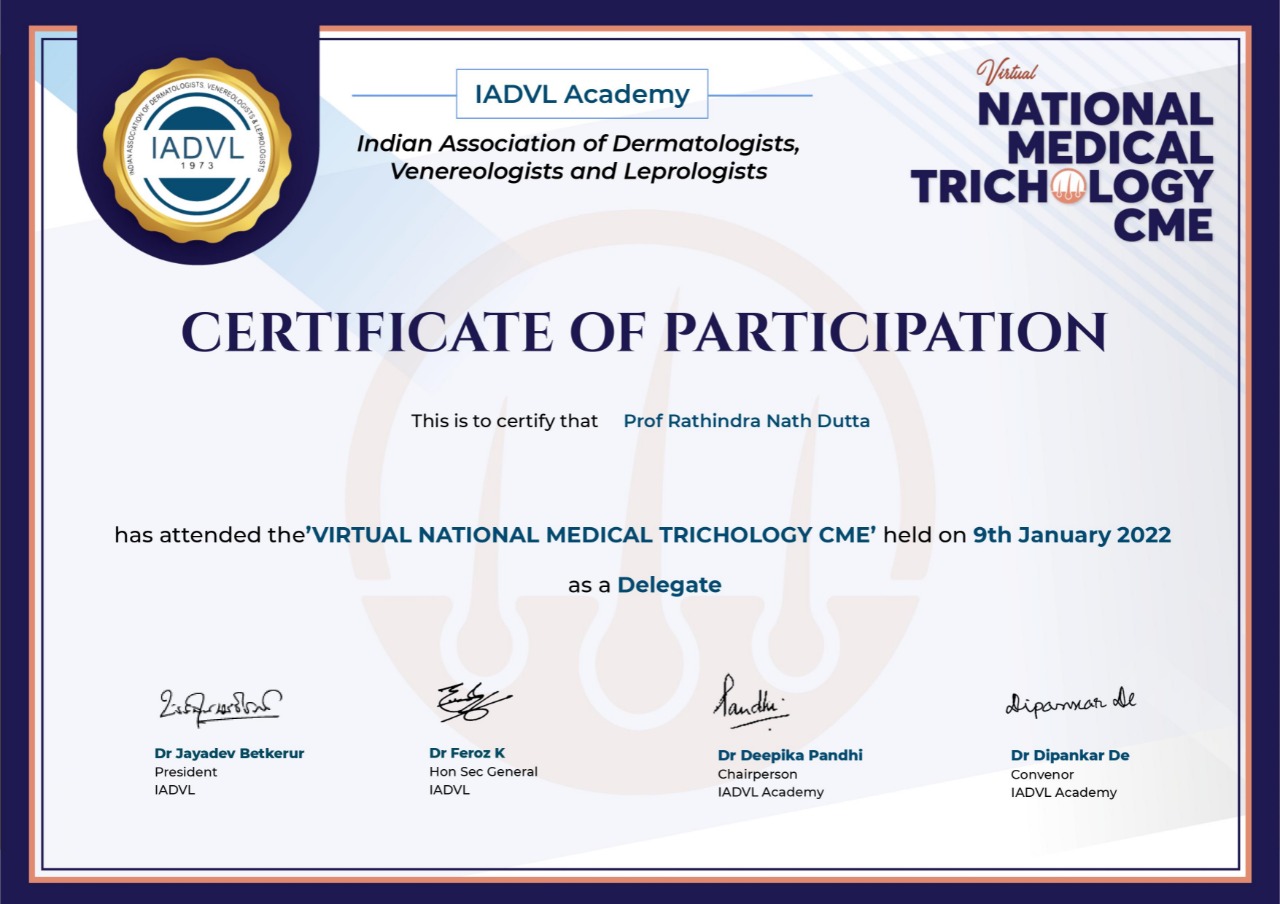 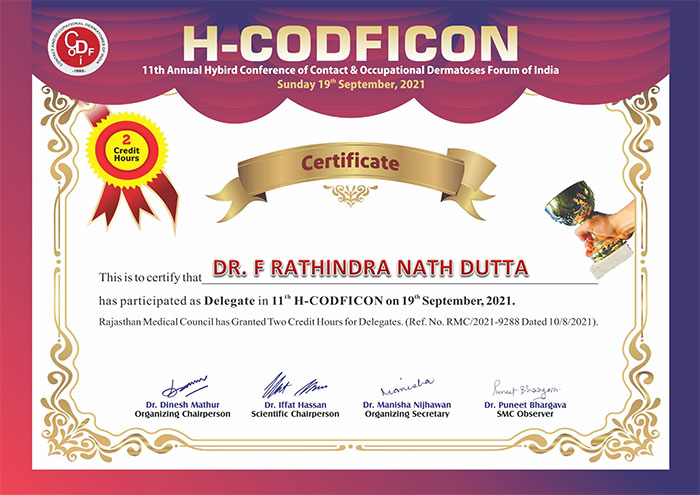 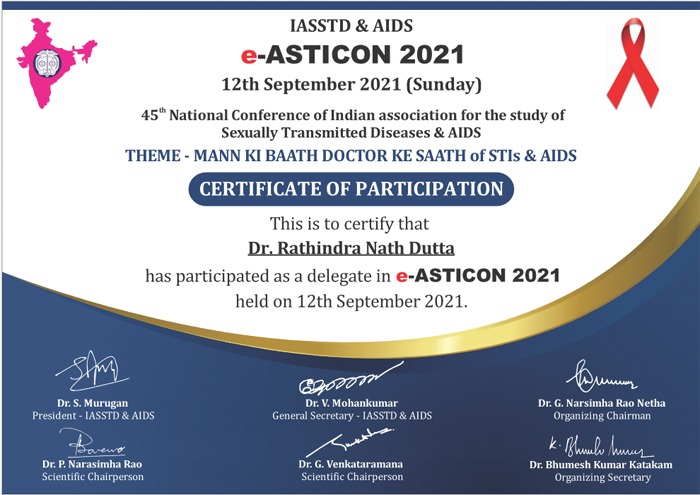 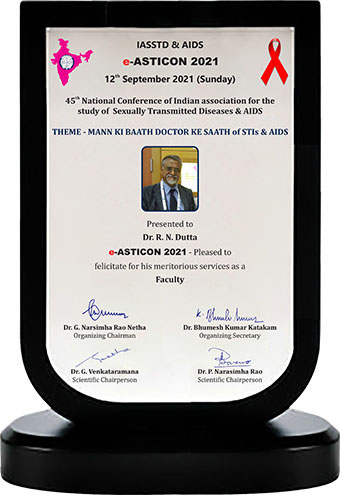 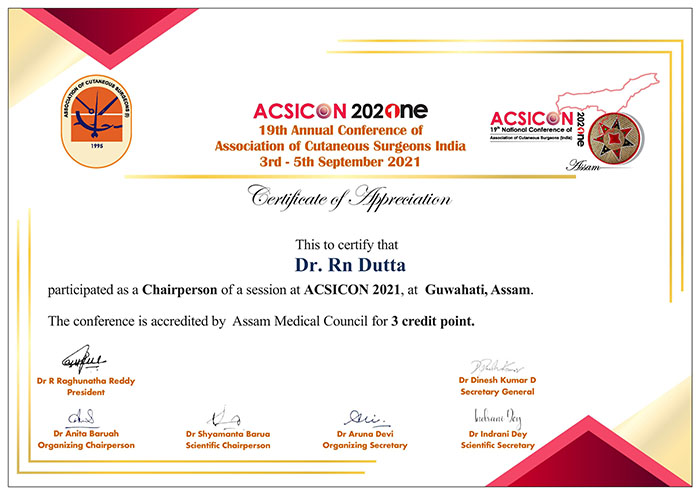 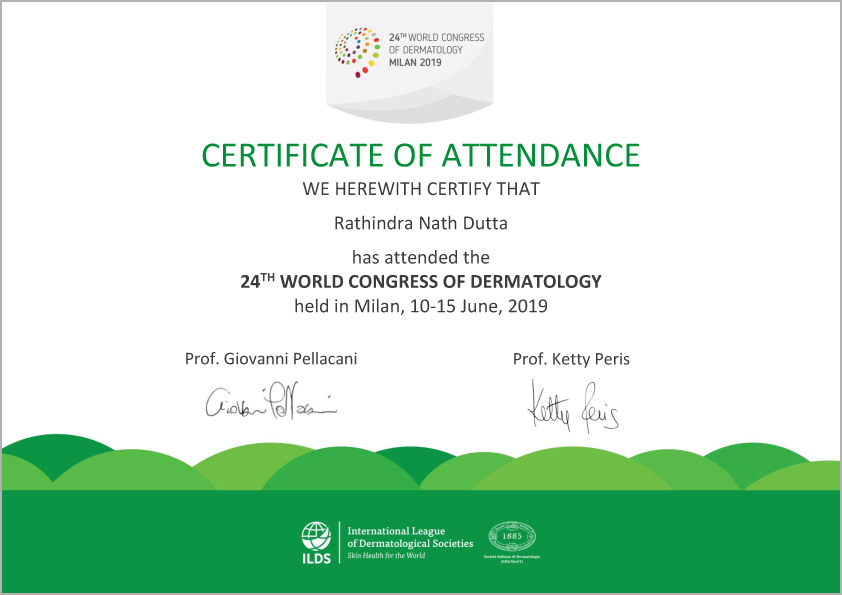 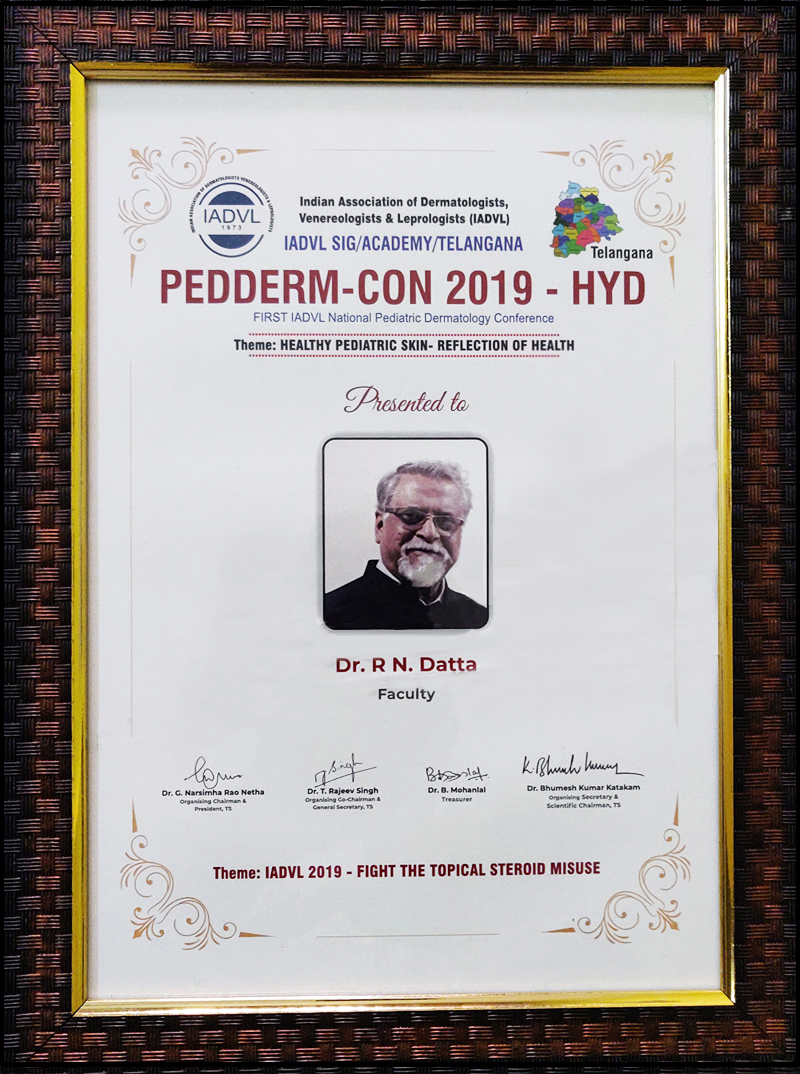 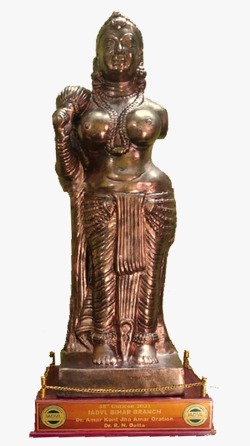 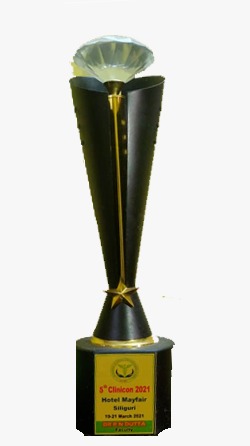 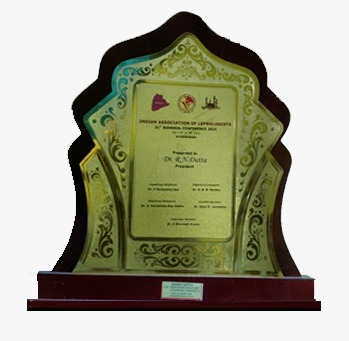 Felicitated by Indian Association of Leprologists on 18th April 2021. 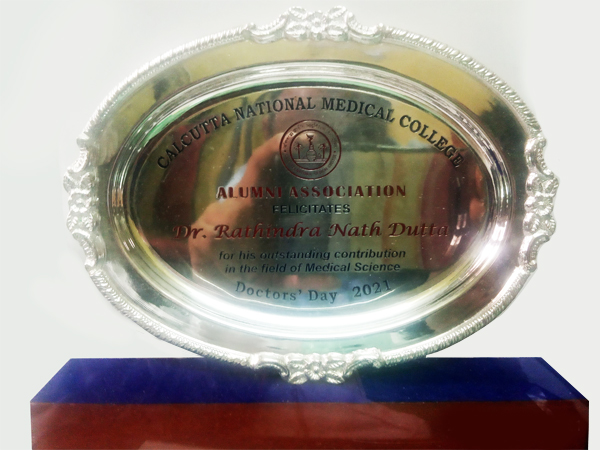 He has conducted many Conferences & Workshops as Chairman and Principal Coordinator, viz;

Presented more than 300 presentations in many National and International Conferences and Workshops.

Editor and Reviewer of Journal