How is cancer surgery different from other surgeries ?

Cancer surgery is just not anatomical excision of some diseased tissues. It is in effect a biological process that helps the body to turn the tide against a pathological process defying the normal regulatory and defensive mechanisms of the body. Cancer surgery certainly involves dissection and excision of tissues but it aims to do much more and beyond the anatomical correction of a hernia defect or excision of a diseased appendix.

Radical surgery practically means removal of a whole organ along with surrounding tissues and nodes, like removal of a whole breast for breast cancer to get a cure. But studies have shown that in selected cases same result can be obtained without removing the whole organ and attempts are now made to conserve organs, particularly important organs like breast, voice box, rectum etc. by specially designed conservative surgeries.

What is the rationale of excising a cancerous growth ?

The act of cancer surgery starts from the belief that a cancerous process begins in a small area in an organ and then gradually becomes larger and spreads to the surrounding tissues and when the cancer cells shed by the main mass begin to migrate through the vessels draining that particular organ, the regional lymph nodes are the first sanctuaries to arrest and harbor them.

It also believes that most of the time there is a sufficient time lag between the clinical manifestation of a tumor and its spread beyond the regional nodes and if the disease bearing part with all round wide margins and regional nodes can be excised in that window of opportunity, there is a reasonable chance of curing the disease (fig 1). Slow growing cancers are thus more suitable for surgical treatment and that is why initial surgery for malignancy is more successful than operations for recurrence at a later stage. 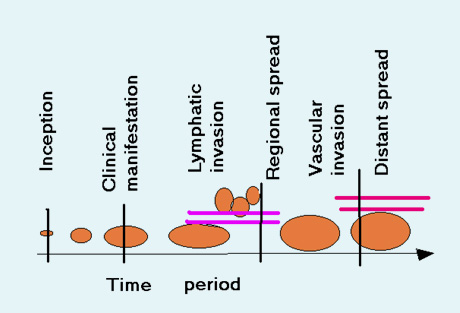 Cancer surgery thus aims to remove the disease process along with its surrounding tissues and the known possible sites of regional spread i.e. the regional nodes before the disease has spread to the other parts of the body. An exercise that is indicated by adding the term ‘radical’ before the name of the operation. So removal of a diseased breast or stomach for cancer is not just mastectomy or gastrectomy, it is radical mastectomy or radical gastrectomy. See the nodal groups around the stomach (fig 2). In executing a radical gastrectomy, all these nodes are required to be removed. 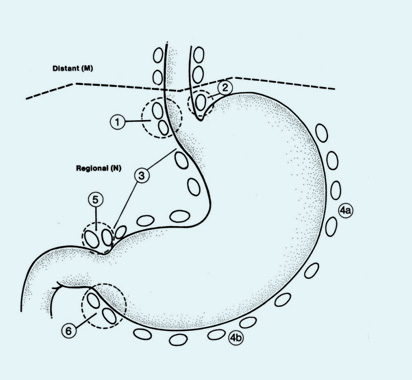 But excision of a tumor is not the only goal of cancer surgery.

What are the other goals of cancer surgery ?

Cancer surgery has many other goals other than curing the disease by excision, though that is ideally the ultimate long term goal. It has many short term goals as well. Other than doing biopsy and staging procedures, it can be employed to relieve obstruction, arrest bleeding, correct a functional defect, and to facilitate employment of other therapies by debulking a tumor mass. According to the stage and nature of the disease its intent can be curative, palliative, adjunctive to other therapies, or simply diagnostic. Reconstruction of the created defect and rehabilitation is also an integral part of a good oncological operation.

Does not the surgeon spreads the cancer more by touching the tumor with his knife ?

That is exactly what a cancer surgeon is trained not to do. The operations are designed in such a way that the main tumor mass in not disturbed and the surgeon cuts through the normal tissues away from the tumor mass. At all stages of the operation the surgeon ensures that he cutting through the normal tissues away from any disease bearing part with healthy tumor free margins all around the tumor. This is later verified by pathological examination of the removed specimen after operation that the margins of excision are indeed free.

Why then at times a disease is described as inoperable ?

Precisely for the above reason. If the cancer had already spread so much or is so big that there are not enough healthy margins all around to cut through without endangering the life of the patient or by creating some such defects that are not acceptable, then that cancer is described as ‘inoperable’. Not in the sense that the cancer cannot be cut out, but because we know that such an operation without healthy margins all around will result in early recurrence and the intent of cure will not be successful. There are situations however when still an operation is needed to be performed for other purposes like relieving an obstruction or arresting a bleeding or relieving pain. In very few select situations cytoreductive or debulking surgery may be performed for large unresectable tumors like ovarian cancers or gastrointestinal lymphomas. Reduction of the tumor mass increases the effectiveness of chemotherapy, which is the mainstay, for these diseases. Resection of locally advanced cancers of oral cavity or sarcomas also make them more manageable by subsequent radiotherapy or chemotherapy.

Which cancers are more amenable to surgical treatment ?

What happens after surgical treatment ?

After surgery the cancer is restaged. The whole excised specimen undergoes a thorough histopathological examination and other biochemical tests to understand the exact type of tumor, its degree of virulence, adequacy of operation (If margins of excision are free or not) and to determine future course of action. These tests then can tell us whether the patients will need radiotherapy or chemotherapy or hormonal treatment or simple need to be kept under follow-up.

Can Surgery be employed to prevent cancer ?

Surgery plays a significant role in the prevention of malignancy. Surgical intervention in time might prevent development of cancer from known existing precancerous lesions. For example, colectomy for a patient with ulcerative colitis or familial polyposis, excision of oral dysplastic lesions , cervical dysplasia etc. Prophylactic mastectomies and ovariotomy can prevent breast and ovarian cancer in women with strong family history of breast and ovarian cancer, particularly if they are BRCA gene carriers. Thyroidectomy can prevent familial medullary cancers of thyroid. 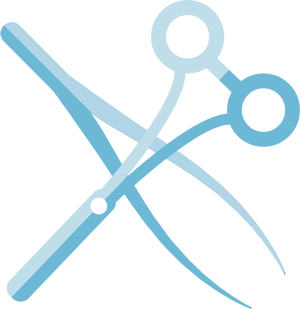